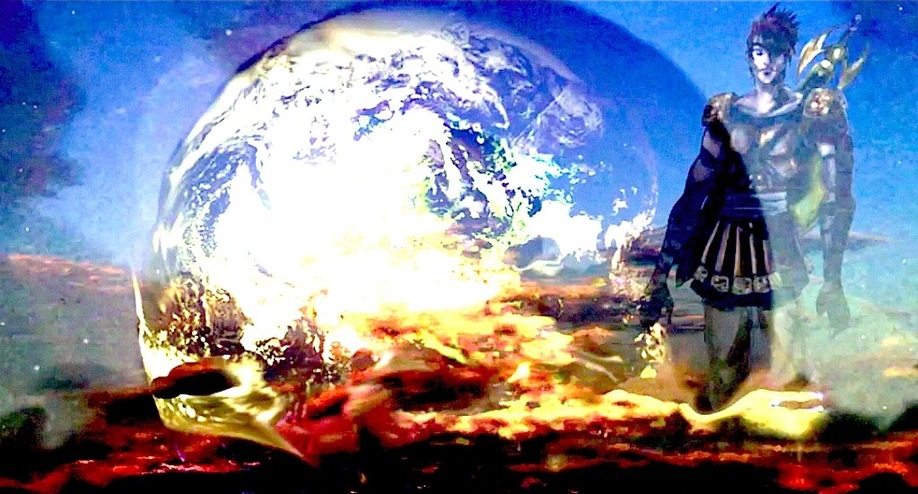 THE POLININ EMPIRE is a vast and majestic ever expanding empire on an imperial conquest located on the continent of Uthra. It is known for its divine tower-like crystal aura palaces, advanced architectural structures and masterful devices.

The Polinin Empire was formally part of the 12 Kingdoms of The LIGHT where his chosen people once lived. The 12 Kingdoms prospered, and were given special duties and gifts within The LIGHT'S Earth Realm Kingdoms. The most important of duties includes the building of the Temple Sojourn where the holy relics once rested before the Eneithnids, a Clan of heathenish hybrids with obscure deformities, stole the relics.


Among the 12 Kingdoms was Polina, The Great Celestial Empire that stretched to the far corners of the Earth. It was chosen to govern over the other 11 Kingdoms and was victorious over all it's enemies because The LIGHT was with them. The purpose of these 12 Kingdoms was to preserve an untainted seed in which Alpha and Omega would come through to enter the Earth Realm and save the people of the fallen the world.

However shortly after coming under the influence of The Beast, the 12 Kingdoms rebelled against The LIGHT adopting the ways of the pagans. Therefore, by the holy law ordained, the LIGHT could not protect them nor dwell with them in their defilements. In this process, their identities and The LIGHT was TAKEn from them. They became enslaved by the other nations of the world AND scatterING THEM across Earth.

It was during the 2nd Great Earth Age,
after Alpha and Omega defeats The Beast in the battle within the Abyss freeing the captives, that he returns to Celestria and shakEs the realms bringing about a phenomenal earthquake striking the celestial Earth upon the unleashing of The Guardian. Polina was swallowed up by THE La Gusto Ocean parting the continent into 7 continents. The Polinin Empire is all that remains of the former Polina. Some of the descendants of The 12 kingdoms were taken captive across the La Gusto Ocean into what is now Eneithnid territory, where a few of the legendary palace ruins of the ancient empire are said to rest.

The descendants of the 12 Kingdoms
​were oppressed and enslaved among the nations building up the Great Polinin Empire under the Emperor Triton. 2 millenniums after during the 7th millennium entering the 3rd and final Great Earth Age, a new king is crowned who knew The LIGHT.


Emperor Job was pushing to abolish the slave laws.  His views were in perfect alignment with VBrice Alden Mere. The VBrice is the Emperor's Supreme Arch ADVISER who holds more power than the Emperor himself. The concealed Protocol Order headed by

The Beast assassinates the Vbrice during a celebration of the Emperor’s birthday. Shaken up, the people became restless and fearful casting their votes for the next VBrice. However, the Protocol Order rigged the voting system. Vissar, who is a member of The Order and servant to The Beast, becomes the new VBrice.

Emperor Job, already knowing the secrets of the VBrice, refuses to acknowledge any of his petitions resulting in an uproar of Protest across the Empire to over throw the VBrice. Emperor Job mysteriously dies AND HIS DEATH IS DECLARED CLEAN.

It is then at that time, Joyce the daughter of the deceased Emperor Job and heiress to the Polinin Empire comes into power. Being the first Empress of power and by petition of the VBrice, she is forced into an arranged marriage to his young Apprentice Midas.