THE GIRL FROM THE SKY. 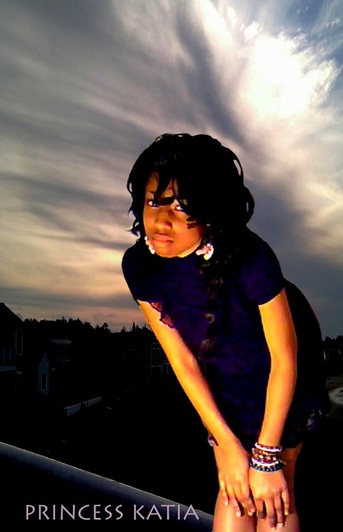 THE GIRL WHO FELL FROM THE SKY.
She is like a rose with thorns. Her intelligent words are painfully true often leaving her isolated in the world. As a result, she rarely reveals her whole self to anyone especially when it comes to the truth she bears.

When Riviairra crosses her path he becomes drawn to her. He realizes she's not such an easy catch after she smacks him across the right cheek with her white glove as a result of him trying to steal a kiss from her.

Riviairra gives Katia the nickname PK and Sexy after she gets angry with him and tells him he’s never to speak her name again referring to him as a moronic man-cub.

With their unlikely friendship, Katia accompanies Riviairra to the Celestial Realm
​by The LIGHT'S doing. However, under
constant attack by The Beast, Katia grows weary.
As her faith is tested in a battle of
life and death, will she hold
fast to The LIGHT or will she
fall victim to The Beast
and die?


FAVORITE COLOR: White
HOBBIES: Sky surfing, Ballet,
Art, Singing & Astrophysics
"Till the edge of time at the crossroads at the ends of time. Beyond the clouds in the vast deep space above the Earth,  I shall and will wait for you. But now the time has come when we must depart paths."

Princess Katia finds herself in a panic when she fell from the sky into the Earth Realm. Now trapped in the fallen world, the Princess tries to find her way back up to the sky to be with her Elohim.

It was inedible that she would
soon cross paths with Riviairra
during one fateful night at
a prestigious party.

From that day forward, with trials in blooming of their UNUSUAL friendship, the child-like Princess falls for the boy who would become a man.