THE PRINCE OF THE SKYSCRAPER EMPIRE. 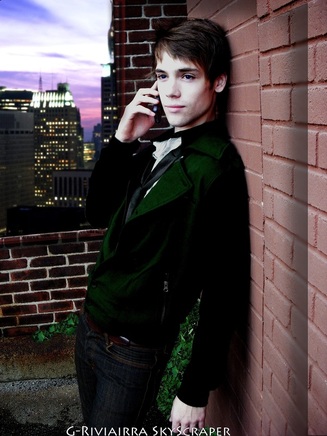 Riviairra is a rich wild celebrity playboy. He has always been distant from his family ever since his mother’s death at the age of 6. He despises his father Midas resulting in his constant rebellion and resents his stepmother Chezzalene, and
half brother Yuri for taking over his
life treating him as an outcast.

As time grows, Riviairra adopts a wild life style landing him plenty of times on tabloid covers and in headline news with many scandal’s, including his affair with the mayor’s wife. Riviairra is most famous for his dangerous drift racing and hard partying.

However, in a matter of minutes, his life is turned upside down after Odduss Rulieum gives him Tower 13 and disturbing information regarding the truth about his mother along with a plot to kill him.

The young man who once regarded everything outside of
his world to be a mere fairy tale begins
to awaken to the undeniable reality.

Riviairra is one of the most sought after celebrities that the media and public feeds off of.  Not because of being from the well known Skyscraper family of the Skyscraper Empire, but simply because of his out of control hard partying life style and scandalous affairs.

Hated by many, the young womanizer though he denies it, is also known for secretly managing talent since high school, where he places bets and collects beautiful women turning them into prestigious super stars much like his first, Ivory who was given the name Doll Face by him, turning her into a powerhouse top super model.

A grand life of luxury many envy which includes illegal underground exotic car street racing, the finest of wines, ballroom dancing, private jets, and his penthouse suites among many things, is part of this playboys playground.

However little do people know the hardships of Riviairra's personal life he's endured
especially after his mothers death.
Riviairra became an outcast in
the shadow of his half brother
Yuri Skyscraper who the media always
places onto a pedestal comparing the two
​brothers. despite all of this, Riviairra really does not care. Riviairra is as Riviairra does.